You are here: Home1 / Archive2 / Todd Coring named as Police Chief for the City of Southport

Todd Coring named as Police Chief for the City of Southport

October 23, 2018 – Todd Coring has agreed to become the next Police Chief for the City of Southport. Todd brings over twenty years of law enforcement experience with the Brunswick County Sheriff’s Office, where he currently serves as a Lieutenant. He is also a lifetime resident of Southport who has served the City since he was a teenager. He has not only worked for the City but also currently serves as the Assistant Chief of the Southport Fire Department and has served on the Board of Aldermen since his first election in 2011. Through all these endeavors, he has consistently demonstrated the leadership qualities needed to be a great Police Chief.

Todd’s vast experience in law enforcement along with his dedication to public service made the decision to hire Todd an easy one.  He not only knows a lot about law enforcement in general, but is very familiar with City’s Police Department having worked there as a dispatcher before becoming an Officer with Brunswick County’s Sheriff’s Office. His  experience as an Alderman has also given him a great understanding of how the City operates and has helped him develop a strong trust with the community.

After gauging his interest in the position and evaluating his credentials, it was clear that we should pursue him for the job. Although the position vacancy was not officially announced, we received dozens of resumes from some highly trained and capable people, but no matter how hard we looked, I don’t believe we could find one with the combination of Todd’s experience and his long dedication to the service of Southport. Therefore, I decided not to formally announce the vacancy or conduct a candidate search before making this decision.

Hiring him now, before the Internal Audit of the Police Department that the U.S.I.S.S. Agency is working on is completed, gives him the opportunity to work with them as they finish the report and he can see firsthand where improvements and changes are needed. It will also give him additional insight and the chance to ask them questions as he develops new policies, procedures, and establishes a new direction for the department. It will also allow us to re-activate the department sooner. 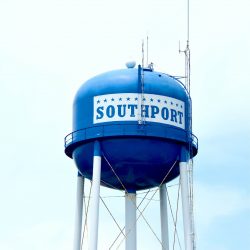 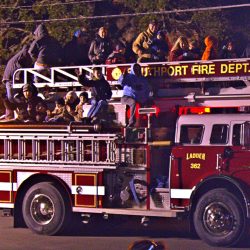