About the talk:
John Moseley, the new manager of the Maritime Museum at Southport, will be discussing the actions of the United States Marines and Navy on the beaches and ships in front of Fort Fisher. In July 1861, Congress created an award to acknowledge the valor of marines, sailors, and soldiers in action during the Civil War. Throughout its over 160-year history, the Medal of Honor has become the mark of the full measure of devotion to our country by members of the US military. In December 1864 and January 1865, the struggle for Fort Fisher was one of the largest, if not the largest amphibious operation, in US history until World War II and it witnessed the largest naval bombardment of the American Civil War. With the capture of Fort Fisher, seventy-two men would be awarded the Medal of Honor for their actions ranking it behind Vicksburg, Gettysburg, and Mobile Bay as an American battle with the highest total of Medals earned. In fact, the Fort Fisher operation represents twenty percent of the US Navy and thirty-five percent of the US Marine Corps Civil War recipients. 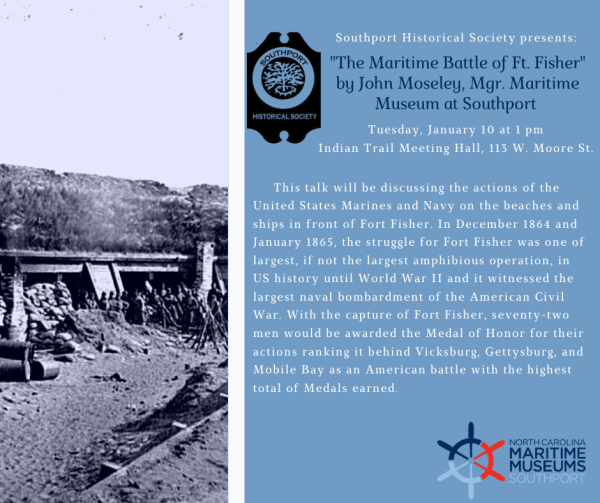 About John Moseley:
John Moseley is the Museum Manager at The North Carolina Maritime Museum at Southport. Originally from Jacksonville, Florida, he graduated from The Citadel in Charleston, SC with a Bachelor’s Degree in History in 1989. In 2001, he returned to school to work on his master’s degree. While at the University of North Carolina at Greensboro, he was awarded the 2003 North Carolina James Madison Fellow. The James Madison Foundation picks one candidate per state per year to study the history of the United States Constitution and includes a month in Washington, DC. Two years later, he received his Master’s Degree in American History and United State Constitutional History in 2005.

John became a high school and middle school educator specializing in United States History, North Carolina History, and the United States Constitution. Sixteen years ago, teaching brought him to the Cape Fear area. In April 2011, he started working at Fort Fisher State Historic Site in charge of the on-site and off-site educational programming. Over the years, John was the Volunteer Coordinator and trainer, Safety Officer, and instructor for the 18th, 19th, and 20th Centuries Historic Small Arms and Artillery. In October 2019, he submitted a recommendation for the emplacement of an NC Highway Marker to honor the Women Airforce Service Pilots at Camp Davis. On September 24, 2021, the marker was dedicated in the community of Holly Ridge, North Carolina to recognize this unique World War II activity. 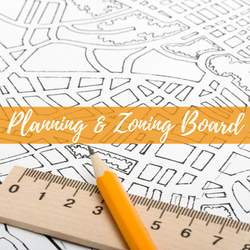 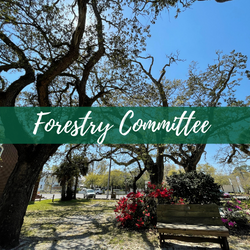