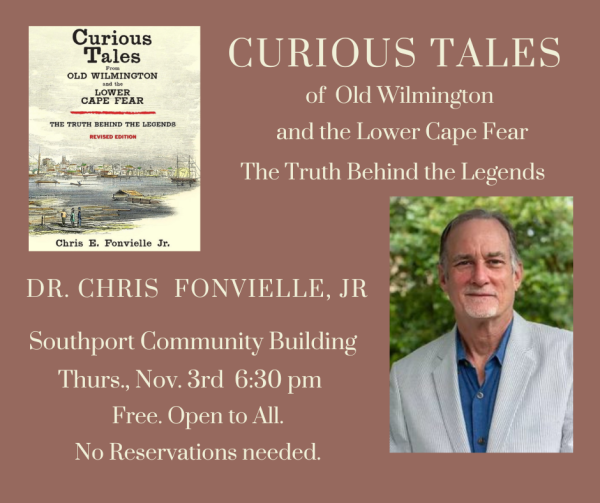 Join us for a fun and informative presentation by historian and author, Dr. Chris Fonvielle, Jr. as he discusses his newest book, Curious Tales of Old Wilmington and the Lower Cape Fear: The Truth Behind the Legends.  He will explore famous local legends with the skills of a professional historian. The stories have been told and retold for many years, in one case for more than 200 years. But how much of what is told is a legend, and how much is really true?

Dr. Chris E. Fonvielle Jr. is a native Wilmingtonian with a lifelong interest in American Civil War, North Carolina, and Cape Fear history. He attended public schools, including New Hanover High School, class of 1971, where he was the first soccer-style placekicker in North Carolina football history. After receiving his B.A. in anthropology at the University of North Carolina Wilmington, Chris served as the last curator of the Blockade Runners of the Confederacy Museum. He subsequently received his M.A. in American history at East Carolina University and his Ph.D. from the University of South Carolina. That makes Chris a Wildcat, a Seahawk, a Pirate, and a Gamecock.

After a brief teaching stint at East Carolina University, Dr. Fonvielle returned to his undergraduate alma mater at UNCW in 1996, where he taught courses on the Civil War, Wilmington and the Lower Cape Fear, and Antebellum America. His in-depth research focuses on coastal operations and defenses, and blockade running in southeastern North Carolina during the Civil War. He has published books and articles including The Wilmington Campaign: Last Rays of Departing Hope; Wilmington and the Lower Cape Fear: An Illustrated History; Fort Fisher 1865: The Photographs of T.H. O’Sullivan.

Dr. Fonvielle will have copies of his latest book available for signing.

Board of Aldermen Special Board Workshop 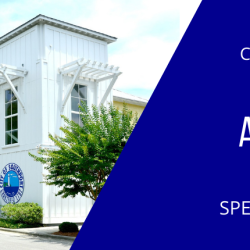 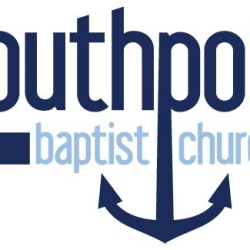