You are here: Home1 / Archive2 / City of Southport Declares a State of Emergency 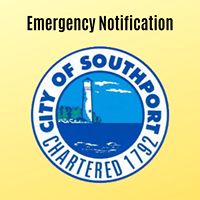 THAT WHEREAS, COVID-19 is a respiratory disease that can result in death or serious illness to persons affected thereby, including citizens and residents of the City of Southport; and

WHEREAS, the World Health Organization has declared COVID-19 a Public Health Emergency of International Concern and a global pandemic; and

WHEREAS, the Centers for Disease Control and Prevention (“CDC”) has determined that COVID-19 is a public health threat globally and specifically in the United States and that travel restrictions should be implemented, and mass gatherings be prohibited; and

WHEREAS, the Governor of the State of North Carolina declared a State of Emergency on March 10, 2020, in order to prevent the spread of COVID-19; and

WHEREAS, declaring a state of emergency and imposing the restrictions and prohibitions ordered herein is necessary to maintain and protect the public health;

NOW, THEREFORE, the Southport Board of Aldermen, pursuant to Article 1A of Chapter 166A of the North Carolina General Statutes, does hereby find that an imminent threat to the public health exists in the City of Southport and hereby declares a State of Emergency within the entire jurisdiction of the City of Southport.

1. Restrict access to all public facilities to essential staff only. All public interaction shall be limited to the protocols adopted by the BOA on March 20, 2020.

2. Restrict public gatherings to groups of no more than 10 persons at all public parks and the waterfront, including all tours.

3. Reserve the right to impose further restrictions deemed necessary as the Pandemic progresses.

4. Effective Friday March 20, 2020, these restrictions are in addition to the protocols adopted by the BOA on March 19, 2020, and shall remain in

force until rescinded by the Mayor in collaboration with the Board of Aldermen. 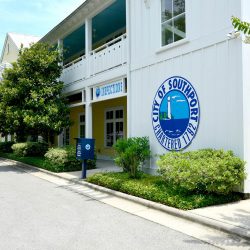 CITY OF SOUTHPORT DECLARES A STATE OF EMERGENCY – UPDATED MARCH 21, 2...
Scroll to top